Massive police seizures in Idaho and Oklahoma raised questions about how state and local law enforcement are supposed to tell the difference between hemp and marijuana.

Since the Farm Bill passed: 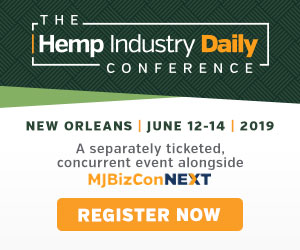 The cases suggest that local and state law enforcement don’t understand that interstate commerce is legal now for the plant.

“We were very forthcoming with the cops,” said Tyler Dickinson, co-owner of Patriot Shield, with headquarters in Denver and Kalamazoo, Michigan.

“We told them, ‘We’re hauling hemp, and here’s our paperwork.’ It was all there, certified by the state of Kentucky.”

In the Idaho case, Big Sky Scientific is suing Idaho State Police over the seizure.

“We have a state completely stopping interstate commerce of a federally legal commodity.”

The cases also raise an uncomfortable prospect for the booming CBD industry: raw cannabis materials destined for CBD extraction can start out as legal hemp – testing at or below 0.3% THC – but it can mature during storage or transport so that the material becomes illegal marijuana.

“We had a license for every single box in the truck,” Dickinson said. “We still believe that what we were carrying was legal hemp – and even if it wasn’t, we did our due diligence.”

The high-profile hemp seizures have the booming CBD industry wondering how much they can trust the Farm Bill’s guarantee that “no state or Indian tribe shall prohibit the transportation or shipment of hemp or hemp products.”

In the Idaho case, for example, a Big Sky official said the company will be hurt even if the hemp is released and Idaho concedes the commerce was legal, because supply-chain disruptions can hurt any new business.

“They’re paying attorney’s fees for something that was settled in federal law,” Watkins said. “They have contracts to fulfill. This is a burgeoning market.”

“Any local law enforcement can mess with any hemp shipment and delay it until the hemp is destroyed,” he noted.

Michael Falcone, CEO of Southern Tier Hemp in Binghamton, New York, said his company plans to extract only hemp grown in his state.

Keeping the hemp local saves money and gives law enforcement time to figure out hemp-transportation laws in the Farm Bill, he said.

“The issue we are all facing right now is that this is so new,” Falcone said. “A regulatory framework is being built as we speak.”